Knowledge of nutrients uptake and removal in corn crops will help you to determine the best nutrition program for your crop.

Over half of the required nitrogen, phosphorous and magnesium, and 80% of potassium, is taken up before the crop reaches the generative growth stages.

While the main period of nutrient uptake in corn is during stem extension or shooting (V6 to tasseling) unless center pivot fertigation is practiced, fertilizer needs to be applied before this because crop height and density means it is difficult to enter the field with conventional machinery after this time.

Uptake and removal figures vary according to the crop being grown. The difference in nutrient offtake between grain and silage corn needs to be considered when planning the nutrient program of the following crop. There may also be significant differences in nutrient utilization between varieties. 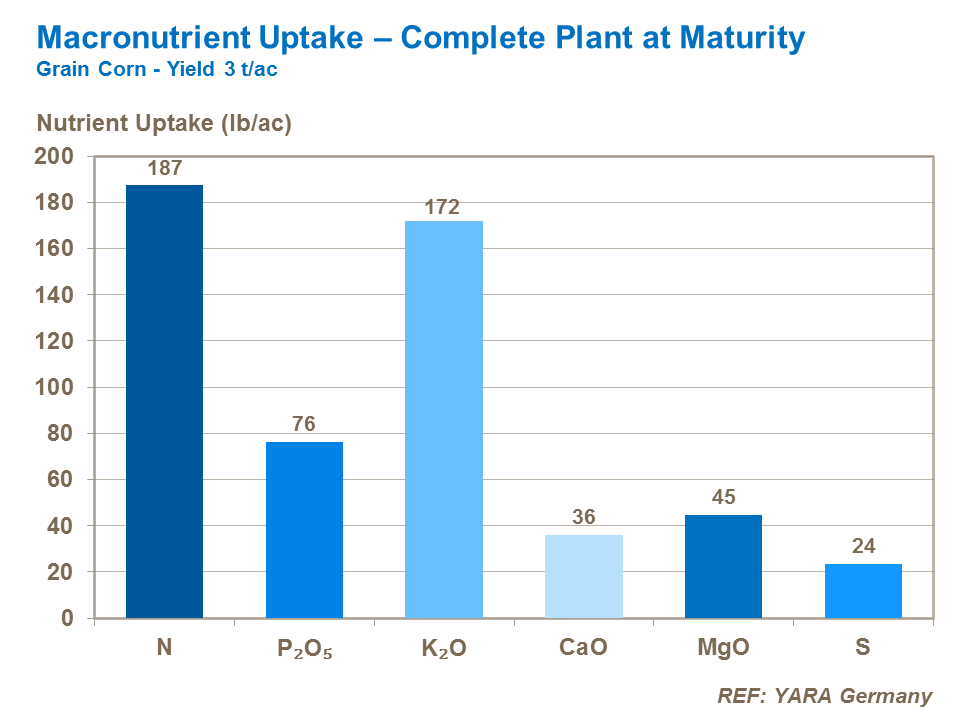 Nitrogen is required in large quantities and helps to maximize DM growth and yield. Over 200kg/ha is needed to sustain a 7t/ha grain corn crop. Higher levels of nitrogen than any other nutrient – around 16kg/t - are removed in the grain. Corn grown for silage or corn cob mix will also remove similar quantities of nitrogen. Split applications work best, particularly on lighter soils to maintain good nitrogen availability. Too much late-applied nitrogen can lead to lodging and excessive late growth.

Phosphorus – while only needed in small quantities - is required at early stages of crop development to ensure good root growth and to boost shoot and leaf growth. Crops take up around 85kg P2O5/ha.

Potassium is needed in large quantities – at levels similar to those for nitrogen. Total crop uptake is around 200kg/ha. Most of this potassium is used in the leaf and stem and peak potassium-demand is during stem extension when uptake is faster than for any other nutrient. As a result, significant quantities are found in the stover and removed when the whole crop is ensiled. While lower amounts of secondary macronutrients are required – ranging between 25-50kg/ha for a 7t/ha grain corn crop - supplies of calcium, magnesium and sulfur are important to maintain corn yield. 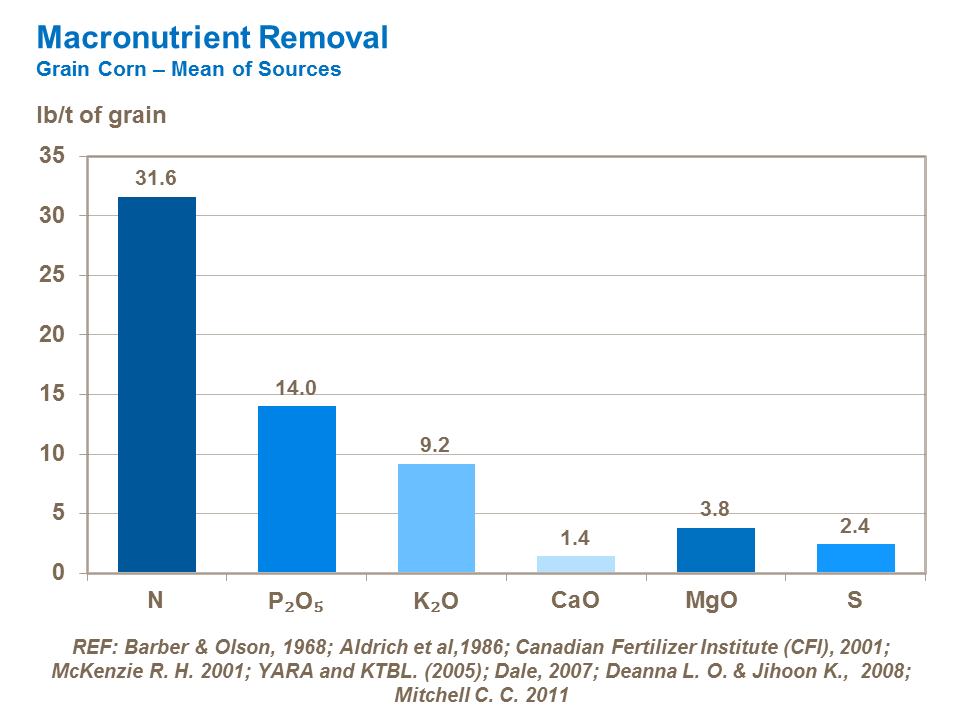 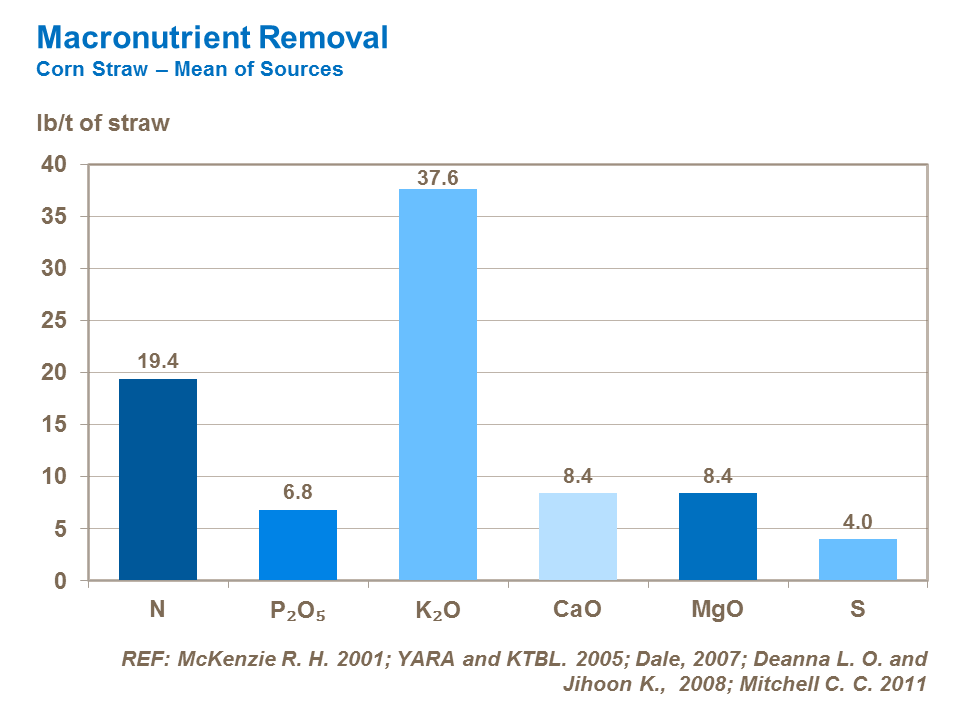 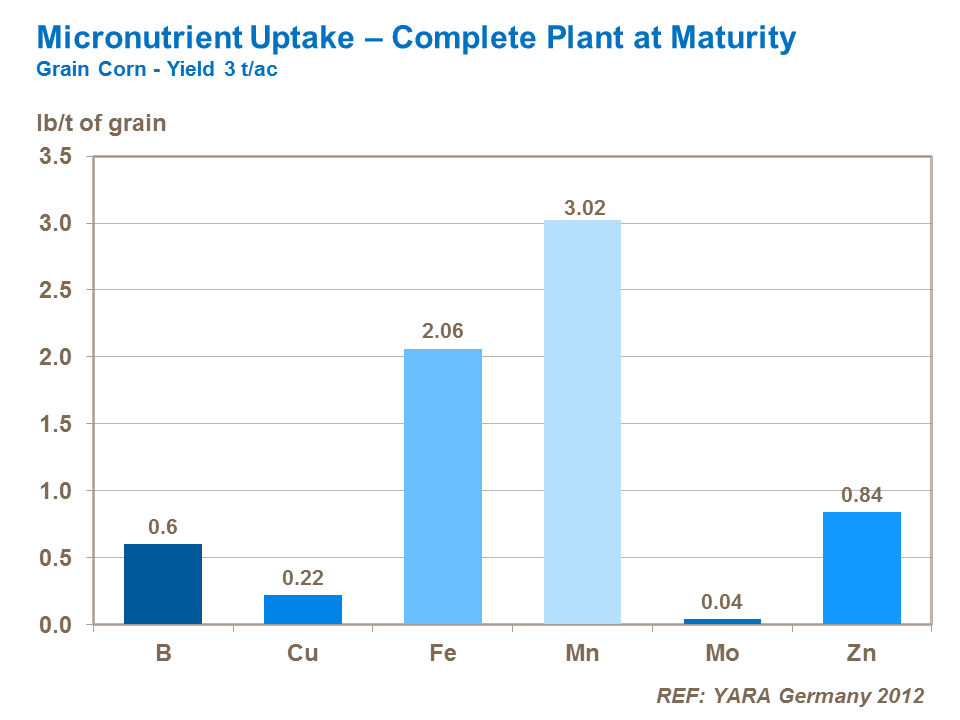 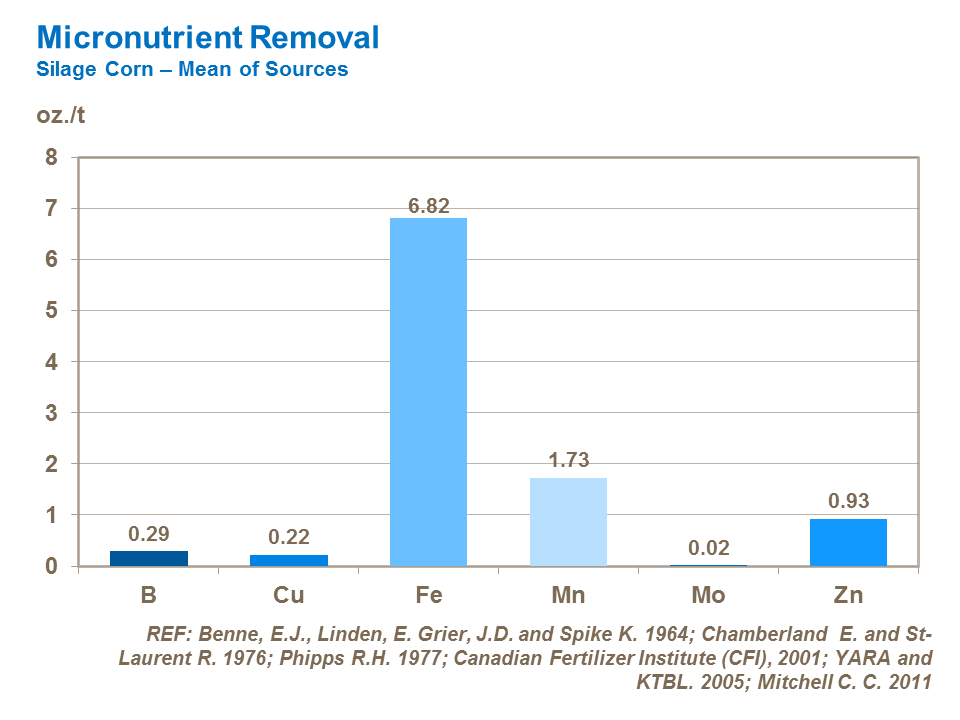 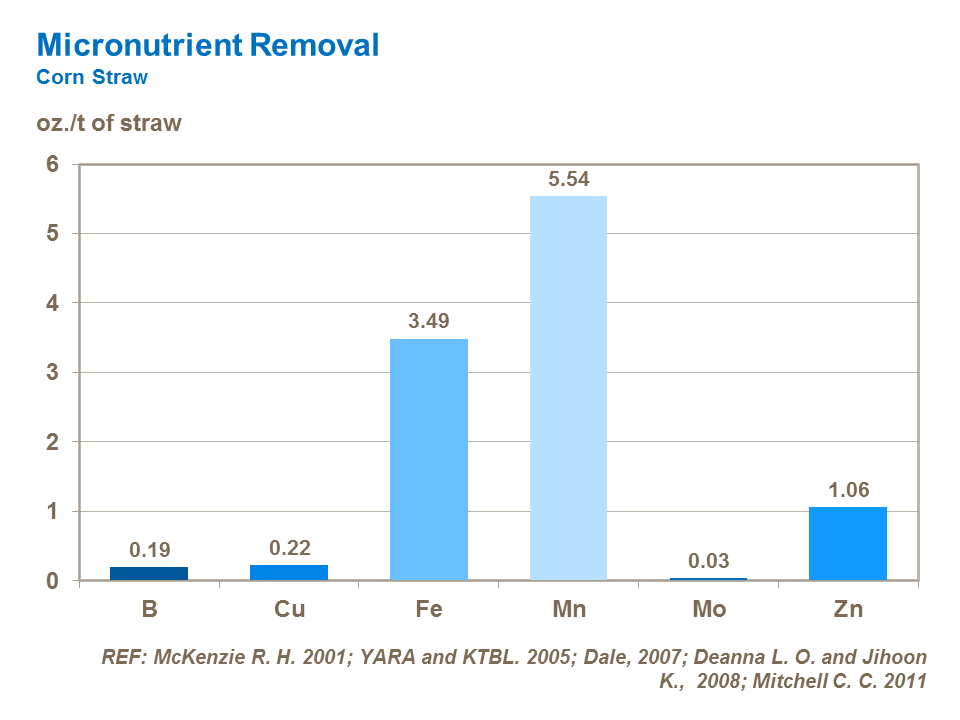 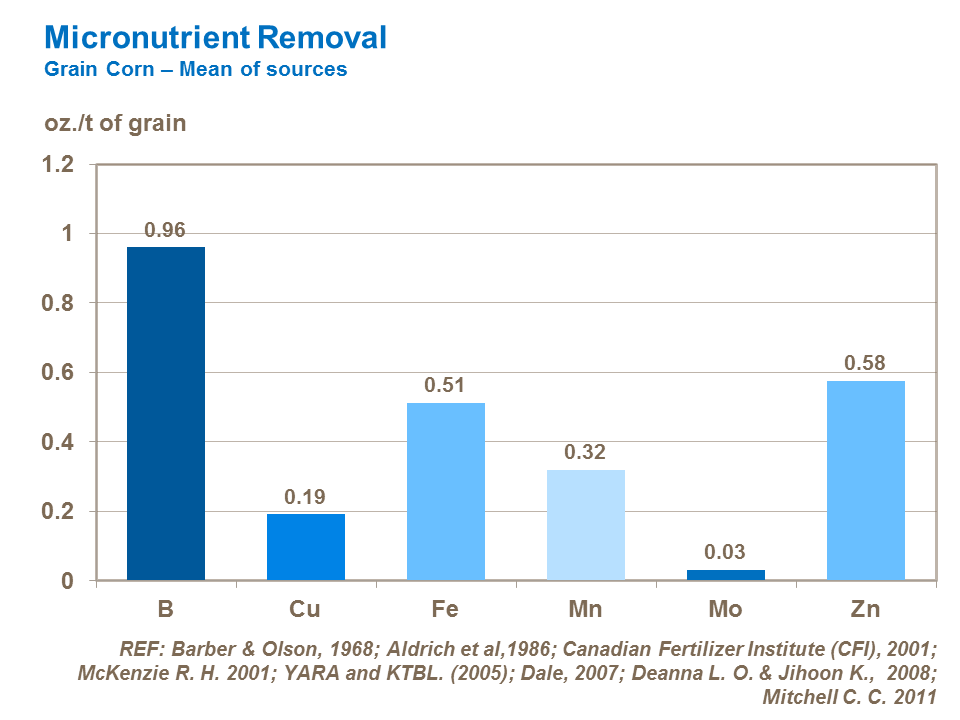 Corn crops require the right nutrients, at the right time, to achieve the best results possible. Here you find an overview of the role of nutrients by corn growth stages. The aim of every grower is high corn yield, and there are a large number of agronomic factors that can influence this, many of which are within the grower's control, given climatic and soil conditions. Corn has different quality standards depending on the use of the crop. Good crop nutrition will ensure high protein and energy levels of grain in the corn cob. It will also help to boost the quality of the ensiled leaf material in forage crops.